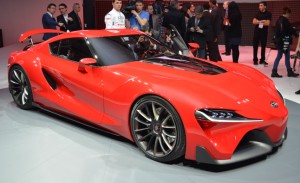 First devised by Calty Design Research in the Sony PlayStation Gran Turismo game environment, FT-1 leapt from the screen to the stage in a race-inspired press conference at COBO Hall.

The name says it all.  FT-1 stands for “Future Toyota,” and the number “1” represents the ultimate. According to its designers at Calty Design Research, the FT-1 Concept is the ultimate expression of a Toyota coupe design, building upon Toyota’s rich sports coupe heritage dating back to the 2000GT, Celica, Supra, MR2 and most recently Scion FR-S. 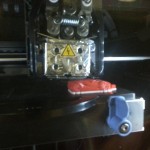 And, what better way to bring the excitement to the LA Auto Show, than to give away 3D printed replicas of the Toyota FT-1 concept car.  That’s exactly what we did.

Purple Platypus, and his sister company, Purple Porcupine, partnered together to provide Toyota the ultimate 3D printing experience to the LA Auto Show. With over 500 3D printed FT-1 models to give away, and a Stratasys uPrint SE desktop 3D printer working away at the show, Toyota fans walked away with a little something special to keep that stunning FT-1 image in their heads – a 3D printed FT-1 model. 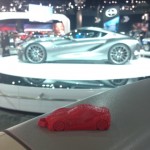 Toyota’s FT-1 concept vehicle is on display at the LA Auto Show’s press and trade day in Los Angeles November 20, 2014. The LA Auto Show opens to the public on November 21 will run until November 30.