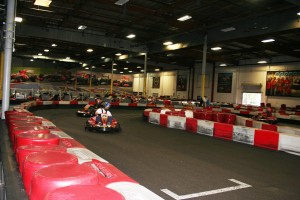 As a regular sponsor of Lacks Enterprises Designer Night at the Races, we knew we would not miss out on another night of fun and philanthropy with some of the most talented, forward-thinking designers in the automotive industry, especially if it’s for a good cause. This year’s Designer Night at the Races was held on April 29, 2015 where a large number of Southern California automotive designers raced for a cure throughout an evening of camaraderie and a karting competition to support the Mercy Health Cancer Center. 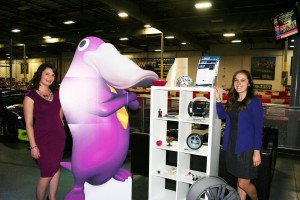 In good ol’ Purple Platypus fashion, we put the pedal to the metal and made our way over to K1 Speed in Irvine where they specialize in indoor, advanced electric karts filled with authentic racing memorabilia among many other features. Our very talented 3D Printing Guru, Heather Tackett, Event Marketing Manager, Zody Huynh, and Sales Assistant, Angela Petrozzi, added a little bit of purple sparkle on the tracks as they showcased many PolyJet and FDM parts demonstrating the versatility of 3D printing capabilities in the automotive industry.