On the beautiful island of St Croix in the U.S. Virgin Islands, the Mitchell Larsen Studio employs the new OMAX ProtoMAX abrasive waterjet in the process of their glass art creations.

For over fifteen years, Jan Mitchell and Steffen Larsen have maintained their studio storefront out of a pink Danish colonial. As Larsen said, “we bought and renovated a historic building in downtown Christiansted and we employ two people to help both upstairs where the kilns are and downstairs in the gallery.” 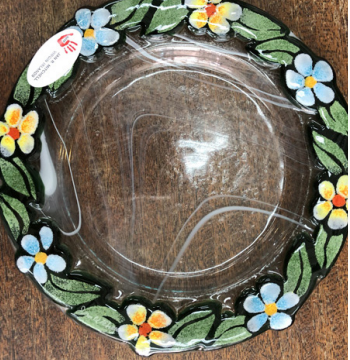 To help create the colorful works, Mitchell Larsen Studios had been using a waterjet for some time. The primary benefits of an abrasive waterjet for glass cutting are that the waterjet cuts accurately and quickly, without exposing the glass to heat transfer that would distort the end product.

However, as Larsen states, “every time we had a big storm hit the island and devastate the local grid, our machinery sat idle – sometimes for months – until power was restored, and last year’s two Cat 5 hurricanes finally damaged our good old waterjet beyond repair.”

With their old waterjet out of action, Mitchell Larsen Studio had to make a choice. “The fact that our business depends on water jetting we had a hard choice to make,” says Larsen. “We needed a new waterjet and we needed a setup that eliminated the dependence on the local grid. So, we went looking for a waterjet that would work with 240V single phase and not break the bank.”

With 240V single phase as a priority, the ProtoMAX was the obvious solution. In addition to its domestic power requirements, the ProtoMAX delivers 30,000 PSI cutting power with a 5 HP pump. In addition, the pump and cutting table are on casters for easy relocation.

With the clamshell cover and submerged cutting, the ProtoMAX is safe and quiet (approximately 76 dB). After the last hurricane, Larsen explains, “it took us nine months to reestablish our new workshop, and it is only a couple of weeks ago we started up our ProtoMAX and it has been running flawlessly several hours every day since then.”

“We like the fact that the ProtoMAX is not a startup but part of OMAX Corporation and can draw from the company’s vast experience with big waterjets,” Larsen states. With 25 years of abrasive waterjet innovation under its belt, OMAX has developed machine tools for every type of user. They bring all the versatility benefits of large abrasive waterjets together in a sleek and economic package.

“Our new hurricane-proof workshop is built next to our house, and since we are producing plenty of power from solar and wind. We’ll never again experience the long power outages of the past,” says Larsen. “To play it safe we installed a second backup diesel generator. Sooner or later, we’ll have another Cat 5 and this time we’ll be ready for it.” Together, the Mitchell Larsen Studio and the ProtoMAX are ready for whatever Caribbean weather may come. 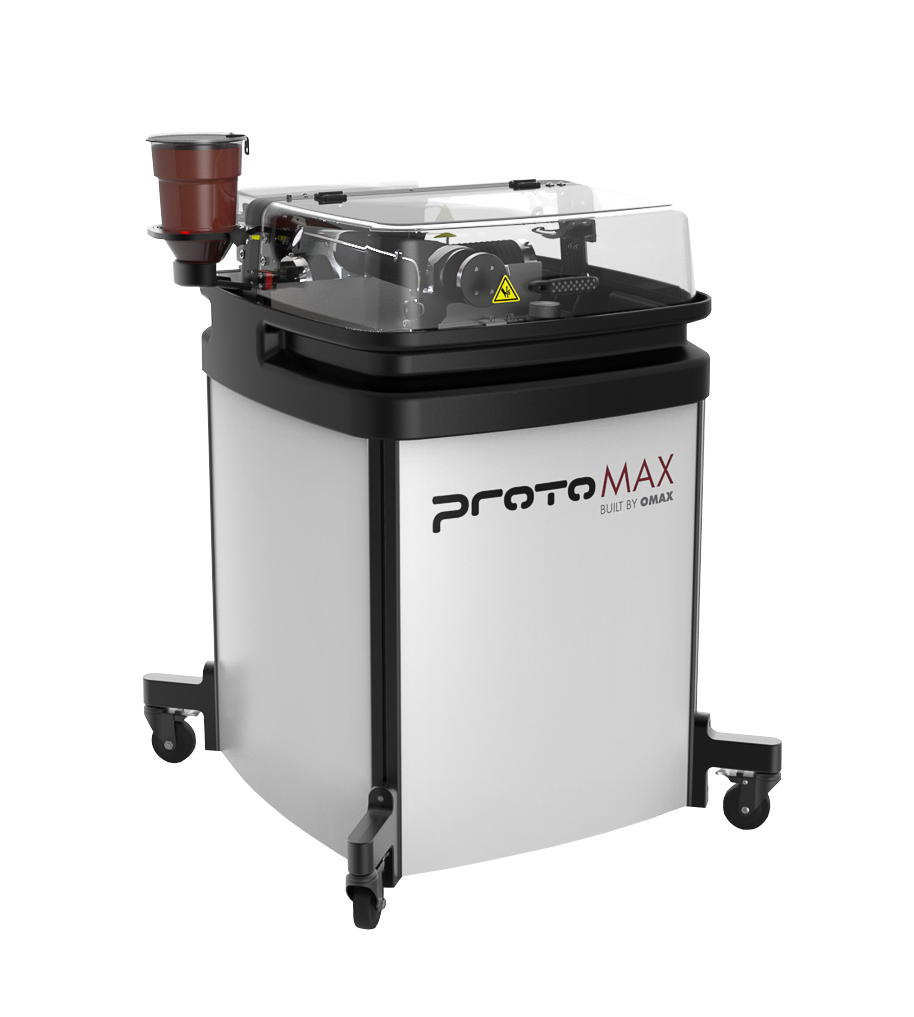 To learn more about the ProtoMAX’s capabilities, contact our team today by phone at 949.474-9222 or email us at [email protected]

Related Articles You May Enjoy 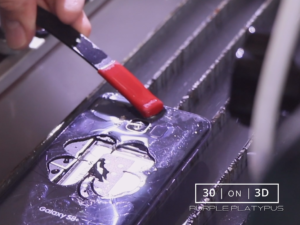 On this edition of 30 on 3D, we are celebrating St. Patrick’s Day in a unique way! Check out the video to see the ProtoMAX cut a lucky shape out 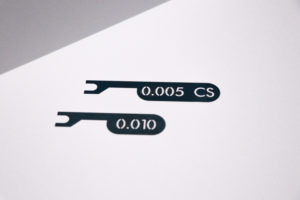 30 on 3D: Cutting Thin Parts on the ProtoMAX

In this edition of 30 on 3D, learn how to cut paper-thin parts on the ProtoMAX. The ProtoMAX is a compact abrasive waterjet, designed to fit into your space. The

On this edition of 30 on 3D, our Senior R&D Engineer, Cameron Williams, talks about etching, a recently released capability on the ProtoMAX Waterjet. Etching is a new option, which