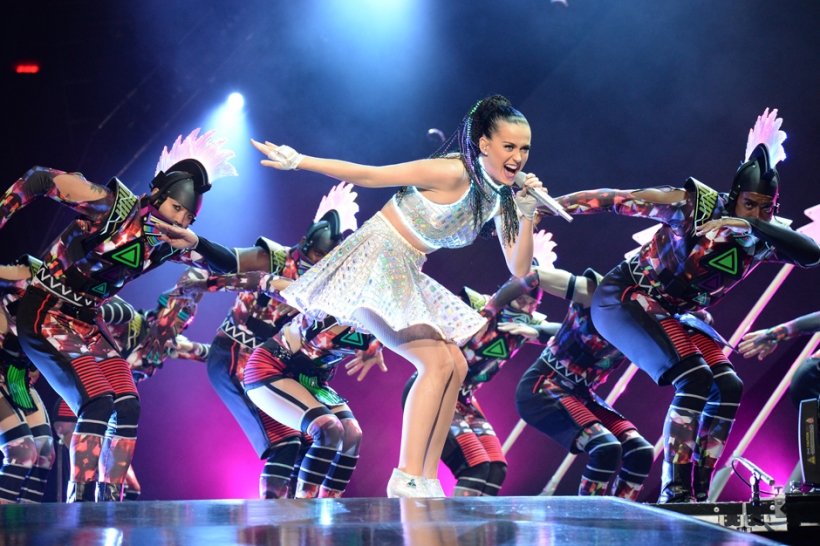 We are excited to share the news of how our Stratasys technology is illuminating the stage in the opening song of US pop star Katy Perry’s “Prismatic” World Tour. Vibrantly colored 3D printed mohawks were produced by leading Hollywood special effects company, and customer, Legacy Effects.

Inspired by the plume of an ancient Roman’s imperial-centurion helmet, the mohawk’s main structure is manufactured using Stratasys 3D printing and features captivating, colorful programmed lighting in the plume. With the prominent theme of color running throughout the tour, the headpiece wows audiences with a spectrum of bright lights, igniting an explosion of spectacular fireworks in the opening song. 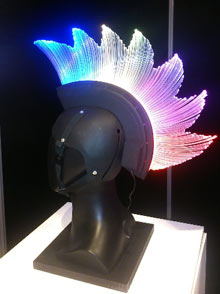 Set to feature throughout the year-long world tour, each Mohawk is personalized to perfectly fit the individual backing dancer, ensuring that they remain in place throughout the megahit opening song, “Roar.” “Creating something complex and visually striking, with the need for durability, can only be achieved with 3D printing,” said Jason Lopes, Lead Systems Engineer at Legacy Effects. “Traditionally, it’s virtually impossible and very costly to produce such complex personalized pieces by hand, taking into consideration the time to work out the programming of the lighting elements. With Stratasys 3D printing technology, we were able to develop fully-illuminated pieces with a lightning fast turnaround of under a week. For developing one-off props for the music industry, this is revolutionary.”

The best of both – combining FDM and PolyJet 3D Printing

Given the need of the eye-catching headgear to withstand continual use throughout the world tour, Legacy Effects opted to 3D print the outer crest in robust ABS-M30 FDM thermoplastic, ideal for holding the whole unit together. Similarly, thanks to its high dimensional stability and fine detail visualisation, the inset of the mohawks was produced in Stratasys’ VeroGray PolyJet material.

“We wanted to amplify the bright colors of the mohawks to complement the dance routine and lighting throughout the performance and we knew that PolyJet’s ability to house a sheet of acrylic inside would ensure that the contrast in colors was emphasized regardless of the spectators’ position in the arena,” Lopes said.

“This is hugely exciting for us as Katy is such a high profile client, but it also represents how 3D printing is enabling us to meet the complex demands of projects like these immediately and providing our clients results within a day,” Lopes said. “To see 3D printed end-use parts in action during a live concert performance is something else!”

Gilad Gans, President of North American Operations, Stratasys, concludes: “We are seeing more and more of our customers using 3D printing beyond just a prototyping tool, but as a way to directly manufacture some of the most complex parts as final products. In the case of Katy Perry’s head pieces, the ability to 3D print personalized one-off parts, customized to each dancer, is a perfect example of how the future of manufacturing is moving towards mass customization.”